Spectral Carnivores One Year On 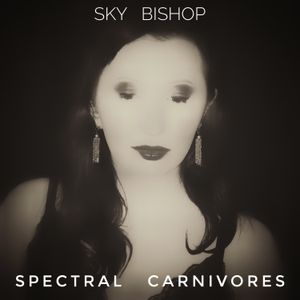 Spectral Carnivores was released in January 2019, practically a year before COVID-19 changed the way we live. With the theme of the album being death, both literal and metaphoric, I talked about the human species closing in on itself. Obviously I knew not of where we’d be in a year hence. Wish I could claim credit for some ninja crystal ball skills, alas it ain’t so.

Speaking more broadly I feel the world has been at a crossroads for a good many years. As the dominant species we owe greatly to Mother Earth and all our fellow inhabitants. With great rights come great responsibility, it’s all about choices... and here we are at the crossroads.

The wisdom from destruction I talked about a year ago refers, in part, to mind control. In that a mind can, in theory, be broken and rebuilt. A dangerous concept in the wrong hands. But I believe an element of this exists in our day to day. From some unscrupulous corners of the media to even more unscrupulous politicians... and here we find a crossroad; what do we choose to believe?

Our beliefs become our responsibility, they do not absolve them. Thoughts and beliefs are very powerful, their consequences hold our fate, as a species, as a planet. Personally I love Earth, I love its diversity, I love its humans. I’ve absolutely no desire to live on fucking Mars. Or fly to the bloody moon. I love it here and I always will.

The other side of wisdom from destruction falls to our choices. In this sense it’s an affirmation. We can choose to break down our barriers, our less flattering traits, and rebuild, remould however we want. A makeover for the soul.

Artists have a responsibility and it all boils down to choices. Many creative types don’t like to acknowledge responsibility as part of the process, as it kinda goes against creative freedom and what we stand for. But there are those rare moments where holding back is the right thing to do.

The song Twister was originally going to be released as an EP in 2015. However, at the time of release Oklahoma and Texas in America were experiencing extreme flooding and tornadoes. Although Twister, the song, was written before those storms and has nothing to do with the danger Oklahoma and Texas were facing, it felt wrong and would have been in very poor taste releasing such a dark song and theme with the name Twister. The EP was subsequently shelved for another time. That song ended up suited well to the track list on Spectral Carnivores a couple years down the track.

If it feels wrong listen to that feeling. We’re not sheep, so don’t behave like one.

This pandemic hasn’t changed my lifestyle as I’m a natural hermit. But it has changed my thinking, I’m aware of a kind of social and political apocalypse going on outside. The uncertainty is scary. But I’m proud of the choices I make. So I implore the world to choose health and safety, wisdom and compassion above all else.