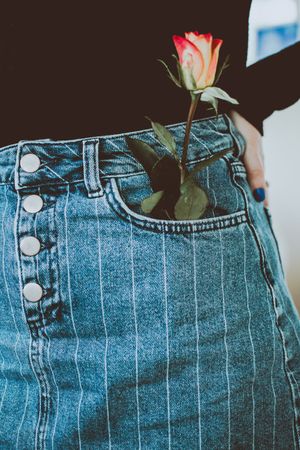 There’s a lot of songs and song ideas that are discarded the moment I write them. If I don’t completely love something, it’s gone. This might sound destructive, but actually it’s constructive. It keeps the passion for music alive and maintains those creative juices. But about the song hoarding...

Songs, song ideas, or any creative ideas, are about the only things a person can hoard in a healthy way. The trick to keeping it healthy is to regularly do a bit of an inventory of what’s in the vault, so to speak. This keeps the mind churning away. As long as the cogs are turning ideas are forming, even if you don’t realise it.

This isn’t about resting on past laurels either. Leonardo Da Vinci, yes that guy, was the biggest ideas hoarder of all time. He was also a champion procrastinator. Yet history only remembers him as an ideas man, and the Mona Lisa. What this tells us, I believe, is people like Da Vinci are aware, even at peace with the time it takes ideas to form into tangible objects. More than likely Da Vinci didn’t see himself as a procrastinator at all. The take away here is not just ‘be patient’, but relax too. Good things come to those who wait, and Rome wasn’t built in a day.

Da Vinci was one prolific guy and certainly one of a kind. But we can all benefit from his ethos.

So, I’m pretty convinced song hoarding is a thing, and I do it.

In going through demos and unreleased songs recently I rediscovered this Black Leather and Studs track. It was never truly forgotten, but it was dismissed as a rubbish song from as far back as 2012.

Ruthlessly culling mediocre music, I’m all for it, and proud of it. But occasionally in my haste I can miss something interesting. Black Leather and Studs was shelved for years because the subject matter annoyed me and the process felt tedious. The song itself I knew had merit and I did indeed love the music.

Because of my emotional hang ups about this song I had, unwittingly, identified it as crap. Thank goodness I’m a song hoarder, for I could easily have deleted it long ago.

After all these years I gave it another listen, heard it afresh, did a complete 180 and immediately begun working on it over the weekend. What you hear is a remaster of the original recording.

Learning how to cull or dismiss bad ideas is a skill I feel must be developed rather than taught. It’s worth the doing, as it’ll keep you being the best creator you can be. My only compass in the process is how an idea/song makes me feel. In the instance of Black Leather and Studs I feel I needed time away from the subject matter in order to appreciate what the song was trying to tell me, both lyrically and musically.

The song was inspired by a couple I used to know. The guy was being unfaithful with all and sundry. Meanwhile the girl knew about his infidelity, but didn’t want him to know she knew. I don’t have room in my soul for schoolyard politics and removed them both from my life forthwith.

Music is therapeutic and the writing of it is perhaps my favourite part of the process. Second only to finishing a song. But there are those times to put a song or idea on hiatus. It may be frustrating in the short term, but in the grand scheme it’s quality that matters.

Feeling glad to be a song hoarder here. I don’t think about the idiots who inspired this song anymore. I can choose to give it new meaning. Now it’s a cheeky, fun, sexy song without the melodrama.

To the bar raise it slow help me out

Oh, pull me under with you

Virgin soil yes you can have it all

You and me and this in black leather and studs

Bounce this off the moon

Castor screams ‘Yes she can’

Have it all through the windows of time

And through the windows a matter of time

The curtains to draw upon whose call

And whose theory believes

Straight through her heart in her pocket

Straight through his heart in her pocket

And with time keeps this from showing

You and me and this in black leather and studs