The Wawalak sisters are a part of Aboriginal Dreamtime culture. The story has regional variations with each following a similar narrative of two sisters roaming unfamiliar territory. One sister is pregnant, they stop to rest near water. The pregnant sister bathes in the water and begins to have her baby. The smell of blood and afterbirth wakes the resting rainbow serpent who lives in this water. The serpent is angered, the weather turns grey, the sisters are both swallowed by this giant serpent. The entire story is quite involved. This is a very basic outline of just one of many sacred Dreamtime stories.

There was this bistro/pub I used to frequent as a kid. Sometime in the eighties or early nineties this establishment opened a games room for gambling. Some kind of man sized lizard mannequin greeted you as you entered the building. I think it was a window dressing mascot for the new gaming room.

This lizard thing looked somewhat like a jester with large dark diamond shaped eyes and these shiny diamond shaped harlequin style scales from head to tail. He was posed next to an artificial tree. I was about ten or something but I thought he was sexy as hell, my first love in a way. 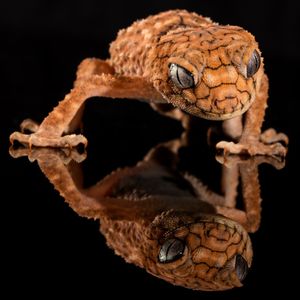 Jarrah is the name that came when I thought of this old lizard mannequin.

The song was written in about 2010. I knew this couple, they weren’t the happiest couple. Eventually it came out he’d been seeing other women behind her back. It was one of those dynamics where no one was particularly shocked to hear about the infidelity. The worst part being everyone but her could see the writing on the wall. In situations such as these your damned if you do and damned if you don’t.

Jarrah is comprised of many elements from my past and present, he’s not the rainbow serpent, Jarrah is not to be confused with the serpent. But the Wawalak sisters’ story, like old Jarrah, would be in my thoughts whenever I thought of this couple.

Linguistics play a big part in the story of the Wawalak sisters. If they’re somewhat banished to the belly of the rainbow serpent, I thought at lest they have each other, their sisterhood.

I started a dialogue of sorts with Jarrah, telling him about this couple. It became clear Jarrah represented temptation. Temptation alone isn’t evil, but will be if betrayal is at the door. The conversation happens through the music. In essence Jarrah’s message to me was ‘she will let him consume her’... and she did, willingly. But this isn’t an isolated event, women and men allow themselves to be mistreated this way all the time.

At certain points in the song the vocals are swallowed by the guitar. I like the idea that lyrics aren’t the only way to tell a story. There were flames licking at the piano coming from Jarrah’s world every time I thought about telling this girl her boyfriend was a douche. So it wasn’t my place to say, it never would be. In conclusion many have a misplaced sense of temptation while others have a healthy wholistic relationship with it.

That guy, however much a douche he was, his sense of temptation was severed. He was trying to mend it chasing his tail and the next big conquest. As for those who believe they can change someone like him, well, they’re a whole other set of complications altogether.

The ingredients into the song cauldron this time were:

The best part about Jarrah is without all the emotional politics bullshit it becomes a super sexy, dangerous song which is a whole lotta fun.

When she plays, she plays for him
All on, on the fire's side
Yeah I can hear what you're doing
Maybe we're all stuck in C
But now I really hate to leave

Another
The other apple of his eye

So then Winter turned to Spring said:
“Hey, how's your Sun on a Summer's day?”
We dress as Autumn in a coat of arms
Flailing you down
Just who are you?
To learn her this?
“Just play it heavy
With hair and thought from an undecided man”

But Jarrah, even the Wawalak have friends
Well, they have each other

Hate to leave the point the we always leave
Hey, are you in there?
This time you play the other