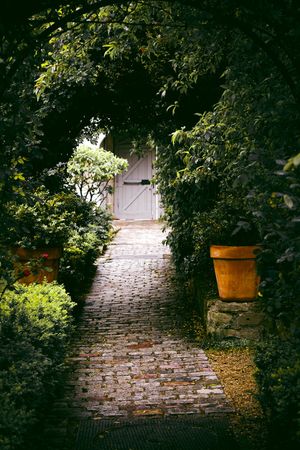 Sometimes there are moments in a songwriter's world when the question beckons "Why haven't I released this?"

Well, Daphrie Lane, I suppose, is one of those moments, sort of. Originally I wrote the song with the lyrics and melody you hear in the demo. It was never intended to be the classical piano instrumental version which appeared on the album. However, during the Private Reel sessions I decided it sounded better as a straight up piano piece, and so the vocal was abandoned in favour of a reworked instrumental.

Lyrically, the song conjured up imagery from the classic Disney movie Song of the South. I guess Mr Bluebird was on my shoulder whilst this took form.

The maypole comes from a tragedy my mother spoke of. When she was young her school had a maypole, it was very popular. A young boy arrived early one morning to spend time on the maypole. As he was there alone, before others arrived, there was no one to counter the balance of the ropes. He died that morning, and the maypole was removed. I attended that same school when I was that age. The story of the maypole struck me hard. Where it was now were trees. It was near the entrance of the school grounds. I felt compelled to discreetly wave or cast a smile in the direction of the past tragedy when nearing those trees. As if I could somehow make things better for that boy. Traditionally maypoles represent fertility and hope. I didn't know this as a child, but perhaps, as an adult, a desire to restore innocence lingers still.

Daphrie is a made up word, the lane could be many things, the afterlife, a relationship, a person, a situation. To me it's karma. The song is written in the style of directions, 'go down that way, when you get to the old church take a left...' and so on. It's really a map to one's own karma.

I don't  know what 'Dimmharlo' means, I like to imagine it's a Fae folk language of old, that I magically channeled through the music. But in all likelihood it's some made up gibberish which sounds good. That's the power of music, when you're in a song's world, everything makes sense. If I over contextualise it loses potency.

It's down the hill, off the track, off the map, but it's there alright
Just you cut through the church garden,
and you'll find yourself on Daphrie Lane

You just go as the magpie does
Over the hill, to the park, where kites swing by
Wave to the maypole
The marble played, marks the spot you were here all along